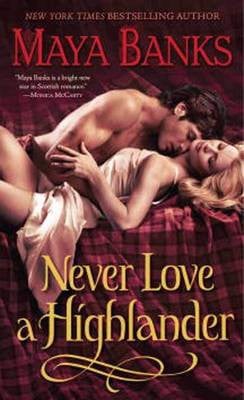 The final book in Maya Bank's trilogy comes to a stunning conclusion in this captivating tale of love, courage and allegiance. Caelen McCabe steps in and marries the woman his brother, Alaric, was betrothed to in order to prevent war and seal a deal with the neighboring clan. Love wasn't a path Caelen intended to go down again after being hurt before, so he didn't care who he wed. Rionna McDonald has already been rejected by one McCabe brother and she isn't about to open up to this one for more pain and humiliation. She would only fulfill her duty to her father and the McCabe clan, nothing more. However, her father betrays the alliance with the McCabes and her new husband is furious. Caelen doesn't believe her when she tells him she is just an innocent pawn in a trap set for a final battle between the McCabes and Duncan Cameron.