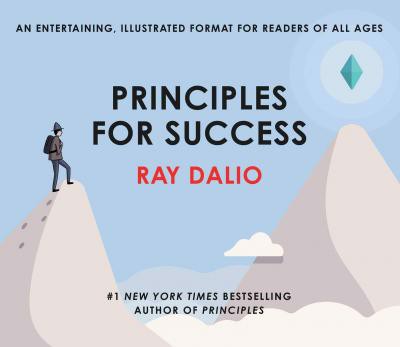 Principles for Success distills Ray Dalio’s 600-page bestseller, Principles: Life & Work, down to an easy-to-read and entertaining format that’s acces­sible to readers of all ages. It contains the key elements of the unconven­tional principles that helped Dalio become one of the world’s most suc­cessful people—and that have now been read and shared by millions worldwide—including how to set goals, learn from mistakes, and collaborate with others to produce exceptional results. Whether you’re already a fan of the ideas in Princi­ples or are discovering them for the first time, this illustrated guide will help you achieve success in having the life that you want to have.

Ray Dalio is the founder and cochairman of Bridgewater Associates, which, over the last forty years, has become the largest and best performing hedge fund in the world. Dalio has appeared on the Time 100 list of the most influential people in the world as well as the Bloomberg Markets list of the 50 most influential people. He is the author of Principles, Big Debt Crisis, and The Changing World Order. He lives with his family in Connecticut.