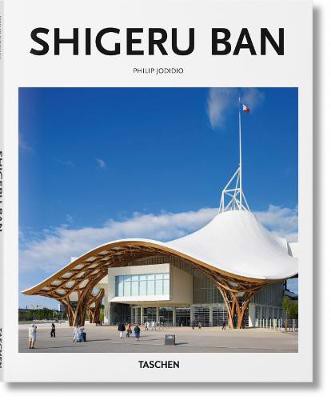 From emergency relief shelters to a cardboard cathedral and exhibition spaces in shipping containers, Pritzker Prize-winning architect Shigeru Ban has made his name with his restlessly inventive response to material and situation, as much as with his humanitarian work at the sites of natural and man-made disasters. According to scholar Riichi Miyake, Ban's work represents "an architectural iteration of Doctors Without Borders."

In the spirit of three-dimensional poetry, Ban uses materials as an integral part of his design, selected not for their cutting-edge credentials but rather for their expressive ability, their capacity to convey the building's overall concept. In particular, Ban has made regular use of paper tubing in projects as varied as the Japanese Pavilion at Expo 2000 in Hanover and emergency shelters for Rwanda's Byumba Refugee Camp.

This essential introduction, compiled with Ban's own collaboration, presents his most important projects to date, surveying the full reach and importance of, in the words of the Pritzker Prize jury, a "committed teacher who is not only a role model for younger generations, but also an inspiration."

Born back in 1985, the Basic Art Series has evolved into the best-selling art book collection ever published. Each book in TASCHEN's Basic Architecture series features:

an introduction to the life and work of the architect

the major works in chronological order

information about the clients, architectural preconditions as well as construction problems and resolutions